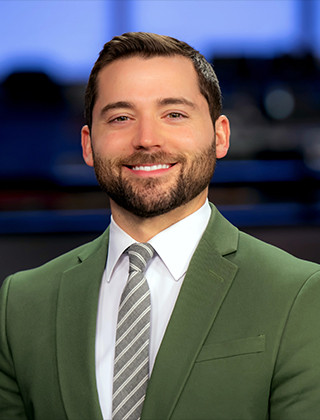 How y'all doin’ out there? My name is Morgan Beard and I’m a sports anchor/reporter at KTUL as of April 2020. I’m back home.

Well, kinda -- I've called Norman, Oklahoma home for about half of my life. The other half? Louisiana! I was born in Baton Rouge and raised in a small place called Bayou Current before moving to Oklahoma at the start of my 8th grade year.

The point is, though, I'm a Tiger for life. I graduated from Norman High in 2009 and then from LSU in 2014. From there, I worked at WJET in Erie, Pennsylvania where I covered everything from the NBA Finals (LeBron's Cavs vs. Golden State years), the NHL Stanley Cup Final, Pittsburgh Steelers football, and everything in between. After that was a two-year stop back in Baton Rouge covering my alma mater.

I'm pumped to live in Tulsa as it's just two hours from my family in Norman. Another big plus is that I get to go to shows at Cain's Ballroom whenever I want. You can find me there or anywhere else a show may be - or even playing the drums on my own.

Other than that, I'm just a dude living life trying to enjoy his surroundings while telling the story of his new city's people. Find me on Facebook at Morgan Beard TV or email me at MCBeard@sbgtv.com with your story ideas! Everyone has one. Have a good one out there.