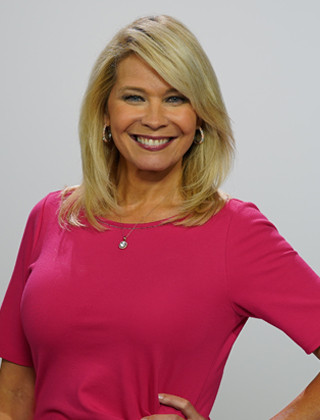 She acted as an entertainment reporter, “triviologist” and the force behind “VOO-Ventures,” where she had eaten scorpions, rolled down hills in bubble wrap, competed on nationally televised game shows and reported from the Academy Award red carpet.

Starting at a small radio station in Florida, she quickly moved up to mid-market giant KVOO.

She won the “Best of Broadcast” Award in 2005 for “Personality of the Year” and in 2013 was awarded, with her partners Rowdy Yates and Carly Rush, the “ACM Personalities of the Year” for medium market, as well as 2 CRB/Country Aircheck Awards.

In 2018, Sunny was awarded “Best of the Best” by Oklahoma Magazine in the “Favorite Radio Personality” category.

Sunny was a founding board member for HighAim Assistance Dogs, a non-profit organization that rescued dogs from local shelters and trained them as assistance dogs for children on the autism spectrum, and is very active in animal and children charities.

She has lived in Sand Springs with her son Nick since 2007.